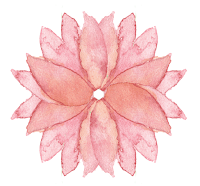 Promising clinical trial results presented at the American Society for Clinical Oncology (ASCO) Annual Meeting 2015 show activity of the investigational anti-cancer agent ONT-380 against HER2+ breast cancer, in one case specifically against brain metastases and in another case in overall survival of heavily pretreated HER2+ breast cancer patients.

"I am thrilled to have been able to offer this therapy to a patient in her early 40s. She didn't have any other great treatment options that we would have expected to have any meaningful impact, especially on her brain. Now she's been on the study over a year. The mets in her body are gone and the brain lesion has shrunk down to a little nubbin. She's living a normal life, fretting about the family business and how the kids are doing -- normal stuff," says Virginia Borges, MD, MMSc, director of the Breast Cancer Research Program and Young Women's Breast Cancer Translational Program at the University of Colorado Cancer Center and one of the study's authors.

Both sets of results being presented are from ongoing phase 1b clinical trials of ONT-380, one in combination with the drug TDM-1, and the other in combination with capecitabine and/or trastuzumab. Women on these studies include those whose disease had progressed after at least two previous rounds of therapy (sometimes including previous drugs used to target HER2).

In the first study of ONT-380 with TDM-1, all 8 evaluable patients experienced more than 50 percent reduction in primary brain tumor size.


The second study presents overall response rates from a similar, ongoing phase 1b clinical trial of ONT-380 with capecitabine and/or trastuzumab. Of 8 heavily pretreated patients enrolled on the study, 4 showed partial response (reduction in tumor size of more than 30 percent), 2 achieved stable disease, and 2 progressed.

In about 25 percent of the 1-in-8 women who will develop breast cancer during their lifetimes, the HER2 gene creates an abnormal amount of HER2 protein, which acts as a "receptor" for human epidermal growth factor. The presence of more HER2 receptors allows a cell to trap more growth-promoting hormones, which tells the cell to grow in an out-of-control, cancerous way.

ONT-380, invented by Array Biopharma in Boulder, CO and now being developed by Oncothyreon in Seattle, WA, is a small molecule inhibitor of the HER2 growth factor receptor. The drug works by targeting the HER2 "tyrosine kinase" -- a link in the chain of communication that allows HER2 receptors to signal the growth of the cell. The fact that it is a small molecule means the drug is able to pass through the blood-brain barrier to act against brain metastases of the disease. HER2+ breast cancer is more likely to affect younger women and also more likely than other breast cancers to metastasize specifically to the brain.


"Usually we expect the results of a phase 1 clinical trial to give us data that we can use to guide the results of future treatments. This is a great case in which, for many of these patients, the results were immediate. There are women who are alive today because of this drug," Borges says. 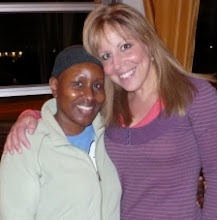