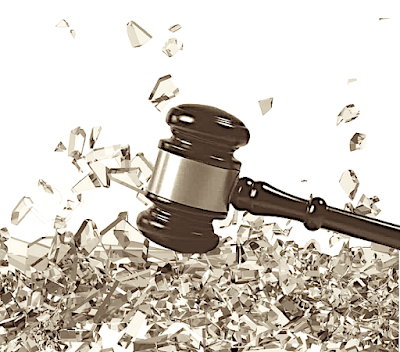 (It's that time. That horrible time when women trying to manage their fear, pain, heartache and confusion get swallowed up by an orgiastic marketing stampede of corporate hijackers stealing a precious month from their lives. This year, I am going to take you through a month of breast cancer. This is not for "awareness" or to raise money. It is to calm the soul of all of you who are not only aware, but are fighting the good fight. No Surrender was originally founded for you and will always be here beyond the sea of pink balloons and empty promises.  What we do is get you through your breast cancer. Whether you have just been diagnosed, are in the middle of chemo, completed with treatments or fighting metastatic disease - we don't discriminate. We are all one. We are real. We are you.)

Some people are fortunate and have families who accompany them to that appointment. The appointment where the doctor has to see you with your results after your biopsy. It is akin to waiting for word from the governor at the last minute to commute your sentence.

For me, I was alone. My doctor's office called and the nurse asked me if I could come in to speak to the doctor - in person. I asked if I could just speak to him on the phone. She hesitated again and firmly answered, "No. You have to come in. How is 5:30 after office hours?"

I know I should have realized it then but I was still holding out hope. I only had about a half hour to get ready. I remember walking through the rooms of my house trying to figure out what to wear. At the last moment, I grabbed a pad and a pen.  I drove over to his office. The parking lot was empty and it was easy to find a spot to park. I distinctly remember walking inside the office building and pressing the elevator button, the smell of the elevator, the whoosh sound of the doors closing and the gentle nudge as it started to move. I remember it as if I were standing there right at this moment. I remember the carpeting...seeing stains where there had been a small water leak... a slight peeling corner of wallpaper by the metal door to his office. This walk is so vivid in my memory because it was the last walk I would ever take as a "civilian." Every step after belonged to a different person who was no longer the person who parked her car in the empty lot. I would never be "me" again.  There is a sadness and longing there,  when I let my mind travel back the day that changed me forever.

I was ushered right in and I sat across from my doctor. He knew me well. He must have thought I had figured it out by now. The truth is, I hadn't. I couldn't dare let myself think the worst. Nevertheless, he seemed to think I knew because of the face to face meeting.

He had my chart on his desk with my test results inside. He turned to grab a booklet from the table behind his desk and as he did he said, "Let me tell you about your cancer."  I don't really know what the next few things were that he said. All I heard was "your cancer"  - my cancer. It now belonged to me. It now was me. As if waking from a deep sleep the volume increased and I could hear him again - there was something about a "very aggressive" cancer. Then I heard it did not respond to estrogen or progesterone and that was bad. "Immediate surgery." "Pre-Authorization." "Hospital." "Lymph nodes." "Oncologist." "Chemotherapy." "Survival rate."

The next thing he did was hand me booklets from the American Cancer Society and our local hospital and a yellow sticky note with the title of a book by Dr. Susan Love. And that was it.

I went back into the elevator, I suppose, but I don't remember leaving. I don't remember how I got home. But I did. And for every subsequent appointment, surgery, chemo treatment and radiation treatment I managed to get myself there and back home again. But that is jumping ahead of the story of Day 1.

I do remember calling my family and telling them. The most meaningful call was to my older brother who had been ill himself. He was open to talk about death. He half-joked of his own and made me "a bet" that he would die before I would. He went there and it was strangely comforting. With the other members of my family,  I felt I had to apologize for having cancer. As I was telling them this terrifying news about myself I did it by letting them know it was all fine and everything would be okay. I was speaking the words I wish I would hear. But with my brother, I could be myself. There was no need for apologies. We both shared a raw understanding of the fear of the true unknown.  I wish I had more time with him, but he died four months later.

This was just the beginning. I had no idea whatsoever what was to come next, or what was to become of me, or that I would hear those words again. But I will never forget how I felt: lost and alone. These feelings led to the formation of No Surrender. I didn't know it then. That would come in a few days when I gained my strength and courage. I had another appointment with a doctor in Manhattan five days after the verdict. The appointment was for 9 AM on Tuesday, September 11, 2001. That day No Surrender was born. My self pitying self disappeared when I looked at the pile of smoke that was downtown Manhattan. I realized that the world is much bigger than my problems. And most importantly, the people in the buildings didn't have a chance to fight to survive, but I did. Driving home, seeing all the volunteer fire departments, contractors and earth movers traveling into the danger to help however and whomever they could, made me want to be that person for all the newly diagnosed women out there. Women just like me.