Our Chief of Research, Constantine Kaniklidis,  has just published two reports in "Current Oncology" presenting an evidence-based review of the mammography debate. We are so very fortunate to have Constantine as our partner, friend and guiding light.

Below we present two abstracts with links to the articles. 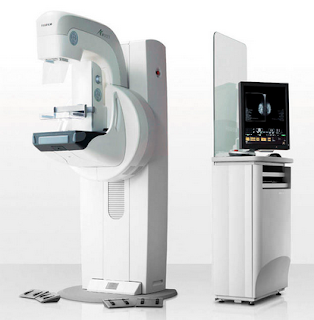 Both articles were just published in the Current Oncology journal, and available (hyperlink below) online at (I include the brief abstracts for each):

Through a glass darkly: the mammography debate [Invited Editorial]

About the ongoing breast cancer screening mammography debate - less a controversy, because many points of consensus and convergence are present if not always apparent - we can make these points as prelude: that it is complex; that it is naïvely implausible to expect any decisive final resolution to the residual issues that will be convincing to the principle contending parties; and that behind it all, the devil is in the methodology. In this editorial we propose: (1) a greater focus on moving beyond the current borders of the mammography debate to secure superior screening technologies that will erode the central status currently occupied by conventional mammography; (2) making research advances that will minimize the harms, especially of overdiagnosis (overdetection); and (3) furthering research to provide validated markers for the discrimination of low-risk and indolent disease.

Beyond the mammography debate: a moderate perspective [Perspectives in Oncology Review]

After some decades of contention, one can almost despair and conclude that (paraphrasing) “the mammography debate you will have with you always.” Against that sentiment, in this review I argue, after reflecting on some of the major themes of this long-standing debate, that we must begin to move beyond the narrow borders of claim and counterclaim to seek consensus on what the balance of methodologically sound and critically appraised evidence demonstrates, and also to find overlooked underlying convergences; after acknowledging the reality of some residual and non-trivial harms from mammography, to promote effective strategies for harm mitigation; and to encourage deployment of new screening modalities that will render many of the issues and concerns in the debate obsolete.

To these ends, I provide a sketch of what this looking forward and beyond the current debate might look like, leveraging advantages from abbreviated breast magnetic resonance imaging technologies (such as the ultra fast and twist protocols) and from digital breast tomosynthesis—also known as three-dimensional mammography. I also locate the debate within the broader context of mammography in the real world as it plays out not for the disputants, but for the stakeholders themselves: the screening-eligible patients and the physicians in the front lines who are charged with enabling both the acts of screening and the facts of screening at their maximally objective and patient-accessible levels to facilitate informed decisions.

(Both as HTML (above) and as PDF. For convenience, I attached the PDF versions to this posting.) A third article of mine will be published in the August issue, and I will post that when available.