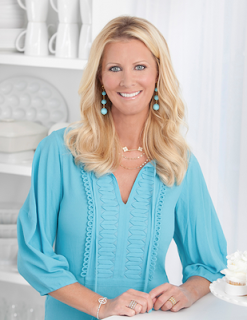 Television chef, Sandra Lee, has discovered she has breast cancer. It is apparently quite aggressive because her doctors have informed her she is a "ticking time bomb" and she will be undergoing a bilateral mastectomy this week. Ms. Lee is in her forties. She insisted on getting screened for breast cancer which is smart. She does not have a family history, but that didn't stop her. Perhaps she knew that eighty percent of breast cancers are found in people without a family history.

By finding her tumor early, she has the best chance of fighting it. She will have the cancerous tissue removed, receive the therapy necessary to eradicate the remaining cells, and if all goes well, she has an over ninety percent chance of beating the disease if it has not spread to her other organs.


This is all common sense. If we can find a disease early and treat it why would we ever take that for granted? It is a question for the United States Task Force, a government sanctioned group that insists that women should not have their first mammogram until after the age of 50. Where would that leave Ms. Lee? If she is a ticking time bomb now, what would become of her in a few years when she is "allowed" to obtain screening?

“Without early detection on my side, I could be telling a very different story,” she said. “Or not be here to tell it at all.”


The Times went on to report on the task force's two sided view:


And yet, they continue the most dangerous message of all:


Still the task force’s draft regulations also stated that women “undergoing regular screening mammography are at risk for the diagnosis and treatment of noninvasive and invasive breast cancer that would otherwise not have become a threat.”


This is one of the most misinformed statements of the century. There is no such thing as a breast cancer that would "not become a threat." How do they know which cancer cells choose to divide and duplicate and take over a woman's body and kill her? Who are they to make this decision for women?

I was first diagnosed in my thirties. My original tumor was partially DCIS, meaning it was in situ, or "non-invasive" as the Task Force likes to call it. However, the tumor broke through the duct and became invasive, very invasive with a triple negative pathology. Where would I be now if I had waited 12 more years before my first mammogram? I would not have been here. My second breast cancer was in the lobes and rapidly spread to my lymph nodes. This was only five and half years after my first cancer. Two aggressive cancers, both under the age of the Task Force's permitted age for screening.

At the No Surrender Breast Cancer Foundation, we go a step further. We believe in baseline screening before the age of forty. Screening that saved my life in my thirties should be available to everyone. And women in high risk groups, particularly women of African American descent, need to be screened as early as possible because they are at the greatest risk of the finding the most aggressive forms of breast cancer while still in their thirties.


Mr. Cuomo, as a fellow Long Islander and breast cancer survivor, after you are done helping the lovely Ms. Lee through her ordeal, please help the women of your state and then, hopefully, the nation. Eliminate the US Task Force's guidelines any way you can. Please, look into our Before Forty Initiative to help us spread the word of the risk young women face for aggressive breast cancers. The No Surrender Breast Cancer Foundation has been fighting hard for a long time. We could use your help.

Ms. Lee, we are here for you. We can help you through each step of your journey. And, personally, as someone who has been there, I am here to tell you that you can get through this and you will get your life back.

For more information about our foundation: No Surrender Breast Cancer Foundation: http://nosurrenderbreastcancerhelp.org/

The Before Forty Initiative:
http://nosurrenderbreastcancerhelp.org/About/B440/Before40.html

Posted by Gina Maisano at 8:04 AM No comments: