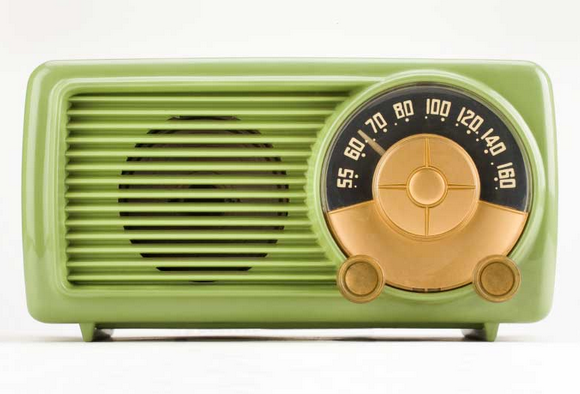 Nationally, one in two men and one in three women will be diagnosed with the disease, and almost every American family is touched by the disease in some way. In the past, a cancer diagnosis was often kept a family secret with a grim prognosis. Now, thanks to advances in treatment, many people are "living cancer" - whether we're being treated ourselves, or helping a family member or friend.
During the weeks of February 9 and March 23, WNYC, the premiere public radio producer and broadcaster, and NPR will present “LIVING CANCER,” a 10-story series that will examine the shifting science and economics of cancer treatment and the impact on individuals and families. New drug protocols offer hope for many, while remaining just out of reach for others. Research scientists are working to discover the root causes of cancer, but the disease process is often too complicated for simple explanations. And as more people survive for years after a cancer diagnosis, what originally was a medical crisis can often be managed as part of an everyday routine.  The radio series will explore these complex realities of cancer today.
“LIVING CANCER” will air on the NPR programs Morning Edition and All Things Considered, heard on public radio stations across the country. All stories from the series will be available at www.wnyc.org/cancer and www.npr.org following their broadcast premiere. A preview video may be viewed here: www.wnyc.org/story/living-cancer-video/.  In addition, WNYC’s nationally-distributed program On the Media will devote an entire episode to the history of cancer and the media, premiering on Friday, March 27.
The schedule of “LIVING CANCER” stories is as follows:
Week of February 9

Advances in Immune Therapy of Cancer
Morning Edition; Monday, February 9
One of the hottest areas of cancer research is in “immunotherapy,” which involves harnessing the immune system to attack tumors. After decades of frustration, researchers think they’ve finally figured out how to do this. A new generation of drugs essentially disables the ability of cancer cells to hide from the immune system. NPR health correspondent and editor Rob Stein reports that the treatments are showing promise for a wide range of cancers, including skin cancer, kidney cancer and lung cancer.

Fighting For The Latest Treatment
All Things Considered; Monday, February 9
Kathy Liu is desperately trying to find a cure for her 10-year-old son Joey, who was diagnosed last year with late-stage kidney cancer. She’s petitioning the FDA and three major drug companies to gain access to new immunotherapy drugs, treatment she believes is their only hope. The drug was approved in September, but that hasn’t meant she can get it yet. Amanda Aronczyk of WNYC reports that Kathy Liu needs to decide how far she’ll go with current treatments — that barely work and are very toxic — to keep Joey alive until the “miracle” drug becomes available for kids.

What’s The Prognosis?
Morning Edition; February 10
“Doctor, how long do I have to live?” That question, and the answer — an estimated amount of time that a patient might have left — can define what a patient will and won’t do with their remaining time. But how accurate is the prognosis, and where does the data come from? And how can doctors and patients make that important question, and answer, less fraught? WNYC’s Amanda Aronczyk reports.

Pregnant With Cancer
All Things Considered; Tuesday, February 10
Last year, when WNYC health editor Mary Harris was 35, she was diagnosed with breast cancer. In the process of preparing for treatment, she also found out that she was pregnant. This story traces her journey through pregnancy, chemo, birth and the early infancy of her daughter, Stella. We follow her through the wrenching decisions she and her husband had to make from deciding whether or not to terminate the pregnancy, to the risks of undergoing chemo in the third trimester. Pregnancy in cancer is rare — estimated at 1 in 3,000 cancer cases. But it is also estimated to be growing, because more and more women are getting cancer screenings that mean a diagnosis comes early; and more and more women are putting off childbearing to their 30s or later.

Environmental Exposures and Cancer
Morning Edition; Wednesday, February 11
From 1959 to 1967, 20,000 pregnant women in California enrolled in the Child Health and Development Study and agreed to provide blood samples throughout their pregnancy and beyond. Now, some of those children are getting cancers. Researcher Barbara Cohn is looking back at the samples from pregnancy to see if she can find evidence of chemical exposures in the womb. She is also sending her data on to the first NIH funded exposome research center at Emory University, where they will test those samples for evidence of thousands of chemicals — a process made possible only with new technology. WNYC’s Paige Cowett reports.

Where are we with the War on Cancer?
Medical researchers have made only modest progress treating the most common cancers since the war on cancer was declared in 1971. A fundamental reason is that scientists are still struggling to make sense of the underlying biology. One noted scientist says understanding has seemingly come full circle... from mind-boggling complexity, to seeming simplicity, and back again to complexity. NPR’s science correspondent Richard Harris explores whether cancer research is in fact lost in an intellectual thicket.

Chronic Cancer
As many people live longer with cancer, the disease has become a chronic condition that’s manageable, but filled with regular treatments and a persistent underlying uncertainty. Dixie Josephson was diagnosed with stage 4 metastatic ovarian cancer 14 years ago. WNYC’s Paige Cowett follows Dixie and her family through her latest round of treatments.

Exceptional Responders
In a clinical trial for the immunotherapy drug, Sunitinib, most patients with aggressive kidney cancer failed to respond. But a handful of patients responded remarkably well. The New York Genome Center is collaborating with Memorial Sloan Kettering to do comprehensive gene sequencing, with the hopes of figuring out what these “exceptional responders” have in common, and what we can learn from them about treating cancer. WNYC’s Amanda Aronczyk reports.

Paying for Cancer
Melinda Townsend-Breslin knows more than anyone would want to about paying for cancer. When her mother was diagnosed with pancreatic cancer in 2013, her parents thought they’d be fine; they had what they considered “Cadillac” care. But the costs still added up, leaving her father with a stunning $500,000 bill when her mother died just eight months later. Melinda knows better than anyone that this shouldn’t happen: she’s a patient advocate in Louisville, Kentucky. She was able to negotiate their bills down to $125,000. But the experience left her with so many questions: why did her parents invest in “cancer insurance” so many years back, when it barely helped at all? How could her mother survive for just eight months and still have so many bills? WNYC’s Amanda Aroncyzk reports.

Early Trials
Today, children diagnosed with ALL, a common form of leukemia, have an 80%-90% chance of surviving if detected early. It is one of the most dramatic reversals in the history of cancer treatment: only a few decades ago, the survival rate was closer to 4%. In the 1960s, Pat Patchell and James Eversull were kids diagnosed with leukemia and both were part of the first cohort of patients to be taken off treatment, because they were responding so well.  They are now middle-aged men, 62 and 52 years of age respectively, and WNYC’s Amanda Aroncyzk checks in to see how life turned out for them, and examines how those early trials sent the precedent for cancer treatment as we know it today.

For more information, visit www.wnyc.org.
Posted by Gina Maisano at 1:47 PM No comments: