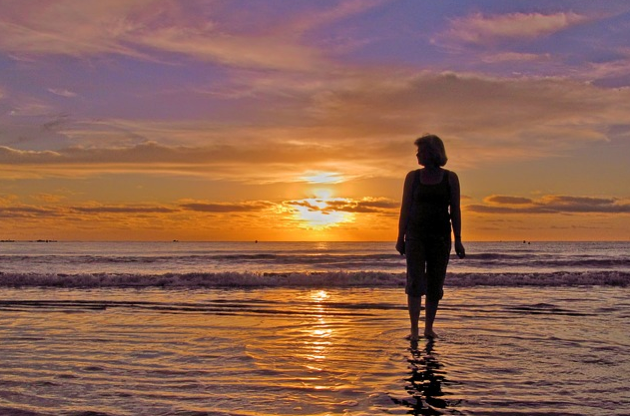 Thirteen and half years ago I was told I would not see beyond two years because I had the most aggressive form of breast cancer and after surgery, chemotherapy and radiation, there was nothing I could do about protecting myself for the future.

I read up on what the latest research was. There was not much. Back then, it was called estrogen and progesterone negative breast cancer. Now it has a fancy name, Triple Negative Breast Cancer, which means the same thing: It does not have receptors that are fueled by estrogen or progesterone and it is does not carry the protein Her2Nue. All that means is that there are not drugs to block the estrogen and it does not benefit from the breakthrough drug Herceptin.

I found that exercise, a low fat diet, flax seeds and vitamin D were my only allies. I also found many other women who were diagnosed with the disease. Many of whom are no longer alive. The Before Forty Initiative was started to help young women, especially in certain populations, to get early screening as the only defense against the disease.

The following report is the most promising thing I have yet to find. Researchers at Cambridge University have identified the TNBC gene. This is huge. This has the potential to make an often unmanageable disease into one that can actually be prevented.

This is what HOPE looks like. We are moving forward, at long last.

Scientists have identified the gene behind one of most aggressive forms of breast cancer in a breakthrough which could bring life-saving new treatments.

Triple-negative breast cancer is one of the most deadly forms of the disease and nearly one quarter of patients diagnosed will not survive for more than five years.

Now researchers at Cambridge University and the Wellcome Trust’s Sanger Institute have found that the BCL11A gene is overactive in eight out of ten patients.

The study opens the door for therapies which suppress the gene and for screening that would pick up the risk early when women still had time to opt for life-saving mastectomies.


“Our gene studies in human cells clearly marked BCL11A as a driver for triple-negative breast cancers,” says Dr Walid Khaled of the University of Cambridge.

“We also showed that adding an active human BCL11A gene to human or mouse breast cells in the lab drove them to behave as cancer cells.

“As important, when we reduced the activity of BCL11A in three samples of human triple- negative breast cancer cells, they lost some characteristics of cancer cells and became less tumorigenic when tested in mice.

For the new study, researchers looked that the genetic profile of tumours from 3,000 patients, specifically searching for genes which affect how stem cells and tissues develop.
Higher activity of the BCL11A gene was found in approximately eight out of ten patients and was associated with a more advanced grade of tumour.

To test the theory that the gene was promoting tumour growth, scientists genetically engineered mice to have inactive copies. None of the animals went on to develop tumours in the mammary gland, whereas all untreated animals developed tumours.

“This exciting result identifies a novel breast cancer gene in some of the more difficult-to-treat cases,” said Professor Carlos Caldas, Director of the Cambridge Breast Cancer Research Unit at the University of Cambridge.

“It builds on our work to develop a comprehensive molecular understanding of breast cancer that will inform clinical decisions and treatment choices.

“Finding a novel gene that is active in cancer should also help in the search for new treatments.”
The breakthrough was welcomed by charities who said it could lead to new targeted treatments.
Dr Emma Smith, senior science information officer at Cancer Research UK, said: “Figuring out the genes that play a role in triple negative breast cancer could lead to new ways to tackle the disease so this study is a promising step forward.

“The next steps will be finding out if the gene plays the same role in causing breast cancer in women, and whether drugs can be developed to target the faulty molecules.
“Triple negative breast cancer can be challenging to treat, so research into the biology of the disease is vital to help scientists come up with new treatments.”

Dr Christopher Runchel, Research Officer at Breakthrough Breast Cancer added: “Whilst this investigation and the discovery of a new gene driver for triple negative breast cancer was mostly confined to cell lines and mice, this work could prove promising in the search for new ways to treat this form of the disease in the future

“Triple negative breast cancer is particularly aggressive and does not respond to hormonal therapies such as tamoxifen, or targeted drugs like Herceptin. That’s why the hunt for effective treatments is so important and Breakthrough Breast Cancer have long supported research like this.”
The research was published in the journal Nature Communications.
© Copyright of Telegraph Media Group Limited 2015
Posted by Gina Maisano at 5:55 PM