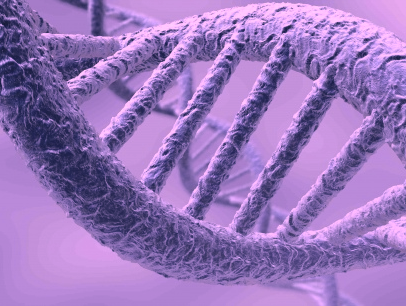 The No Surrender Breast Cancer Foundation's Before Forty Initiative strongly advocates the importance of early screening for breast cancer in women before the age of forty and not waiting until after forty for baseline screenings. This is particularly true for women of African-American, Hispanic and Ashkenazi heritage, because when breast cancer develops in these populations, it is most often the aggressive triple negative breast cancer.

Women who have the BRCA 1 and BRCA 2 gene mutation can be tested before their cancer is found, and can take protective measures such as a prophylactic mastectomies, to reduce their risk of developing the disease.

A new gene mutation has been discovered that is most closely related to younger women and triple negative breast cancer. It is called the PALB2. The following is a report from the New York Times, detailing the findings.


Mutations in a gene called PALB2 raise the risk of breast cancer in women by almost as much as mutations in BRCA1 and BRCA2, the infamous genes implicated in most inherited cases of the disease, a team of researchers reported Wednesday.


Previous data had indicated that mutations in PALB2 were linked to breast cancer, and many genetic tests already screen for them. But it had not been clear to what extent these mutations raised a carrier’s odds of developing the disease.


Dr. Marc Tischkowitz, an associate professor of medical genetics at the University of Cambridge, and his colleagues studied 362 members of 154 families with PALB2 mutations. None had BRCA1 or BRCA2 mutations, but all had at least one family member with breast cancer and a mutation in PALB2. There were 311 women with PALB2 mutations, of whom 229 had breast cancer, and 51 men with the mutation, of whom seven had the disease. The results were published in The New England Journal of Medicine.


The breast cancer risk for women younger than 40 with PALB2 mutation was eight to nine times as high as that of the general population.


The scientists were not able to explain why younger women with the mutations were at higher risk. And there were too few men, Dr. Tischkowitz said, to make a judgment about their risk.

The data also indicated that women with the PALB2 mutations were slightly more likely to have “triple negative” breast cancer — a form resistant to hormone treatment, more aggressive, and more likely to recur than other subtypes.

Dr. Anees B. Chagpar, the director of the breast center at Yale-New Haven Hospital, who was not involved in the work, said she was impressed with the study but cautioned that other factors must be considered in evaluating a woman’s risk.


“This has to be tailored to the patients, who may have other mutations and varying family risk,” she said. “With no family history, the increase they found is 35 percent. If you have two or more family members with cancer, they found a risk of 58 percent.”

The study used data from 14 sites in eight countries but found no significant geographic variations in its prevalence. The researchers write that larger studies are needed to detect such differences, as well as to assess the role of lifestyle and hormone use on breast cancer risk in PALB2 mutation carriers. Breast cancer risk depends not just on genes, but how they interact with the environment.


Official guidelines do not recommend screening for breast cancer genes in most women, only for those with a family history of the disease. Dr. Tischkowitz said that such women should consider testing for PALB2 mutations if they are negative for BRCA1 and BRCA2 mutations.


Dr. Chagpar said: “As the testing becomes more common, we’ll hopefully end up with studies with thousands of patients in them. We’re going to start getting answers to hard questions.”


A version of this article appears in print on August 7, 2014, on page A18 of the New York edition with the headline: Study Shows Third Gene as Indicator for Cancer.
© 2014 The New York Times Company