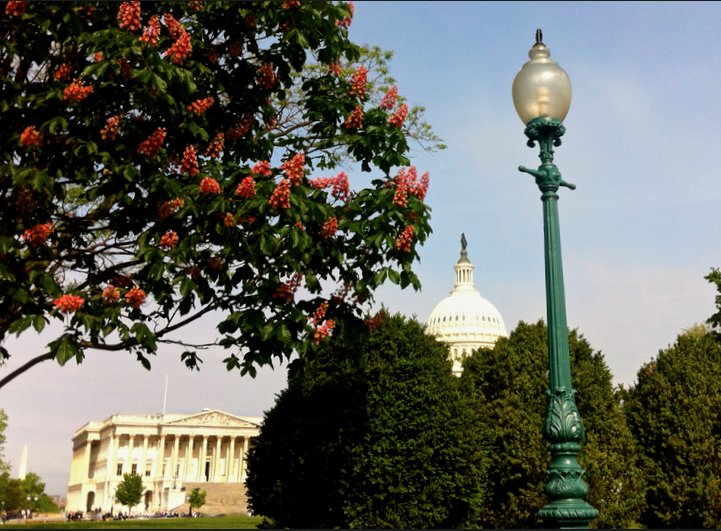 A beautiful, Spring day in our Nation's capitol was the backdrop for a very important step forward for women facing breast cancer. At the urging of the  American Society of Plastic Surgeons, a bi-partisan legislation was introduced in the House of Representatives by Reps. Leonard Lance (R-NJ) and Donna Christensen, M.D. (D-VI) and in the U.S. Senate by Senators Sherrod Brown (D-OH) and Roy Blunt (R-MO).

The No Surrender Breast Cancer Foundation is a proud  supporter of this Bill. As our founder, it was an honor to present before a distinguished group of physicians, law makers, survivors and the press. It was important for those present to hear from the trenches of breast cancer to illuminate how vital this subject is.

Back in 1997, a law was passed that insurance companies had to cover breast reconstruction. What that did was help women fight back if they were denied coverage. The problem with the law is that only 30 percent of breast cancer patients know about it. Seven out of ten women facing breast cancer surgery are unaware of their choices. It's no wonder, when you think about the soul-er vortex one enters after you hear you have cancer. Suddenly everything is at warp speed and you rely on your doctor to tell you what to do. If your doctor doesn't refer you to a breast reconstructive surgeon, or even start a conversation about what is available to you, it creates even more anguish because there are no options. You don't even get the opportunity to make a choice about what will happen to you. What's more, among minority groups, those for whom our Before Forty Initiative was created, the information provided after a diagnosis is even lower.

I was one of those women who was not offered anything other than a lumpectomy, which is a nice way of saying what it really is, a partial mastectomy.  I had an extremely aggressive tumor. I underwent 6 months of chemo and radiation that caused such extensive burns that it required even more breast tissue to be removed. This was followed by years of scares, scars and scans. And then, five and  a half years later, the cancer returned to the opposite breast. This time the tumor was even larger and had node involvement. I cannot help but wonder what would have happened if I had a bilateral mastectomy with reconstruction the first time. Would I have been spared the second round of nine months of chemo and more radiation?

I did ask about getting a mastectomy and was told, "No, no, you don't need that." Imagine if I had heard, "Yes, you should investigate that option, here is the name of a reconstructive surgeon who can take you through the steps...."


That is what this Bill is trying to do. It won't cost the taxpayers anything. It would simply be making sure that women know their choices. It is going to be tough, but I think we can prevail. Awareness goes beyond the pink parades, it is details like these that women really need to know. And that is what I spoke about at the Capitol. I talked about how women are being screened too late. Breast density makes it almost impossible to see a tumor by mammography. Ultrasound and breast MRIs should be the standard of care for those with dense breast tissue. Women who have had reconstruction many years ago, such as an implant that has become hard and painful due to scar tissue, need to know that their insurance company must cover corrective surgery. Women with single mastectomies, need to know that they can get their other breast augmented or lifted to match their new breast.  Women who chose not to reconstruct, need to know what is available to them from prostheses providers. 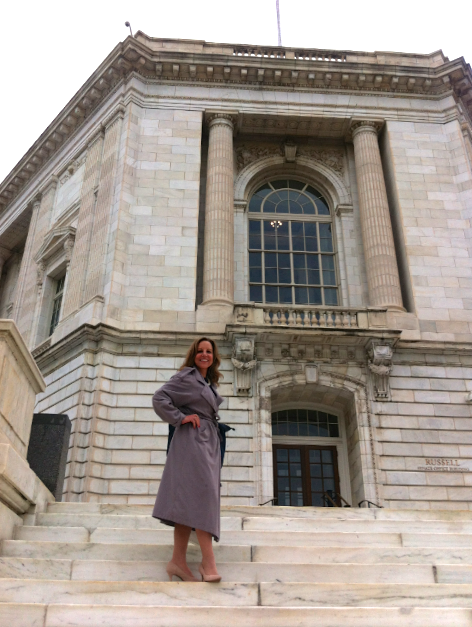 This is not an issue about vanity. It is about choices, information and taking charge of your own health. Removing a breast offers a higher rate of survival than a lumpectomy alone. If you have certain types of breast cancers, a bilateral mastectomy is a must. Such is the case with lobular cancer, the kind I had the second time, because it tends to be in both breasts and is very hard to detect until the tumors are very large. There are women I know through the No Surrender Breast Cancer Foundation who have had their cancer return to their "saved" breast and look back wishing they had known all of their options.

There are a few hurdles to overcome such as will the high deductibles with the new Affordable Care Act  prevent women from moving forward? The insurance company may have to cover the procedure, but the hospital costs, especially with the deductible, will create a problem. Then there is the access to board certified breast reconstructive surgeons who may not accept ACA or Medicaid plans. And then the most mind blowing of all: Hospitals lose accreditation if they perform "too many" mastectomies. Just how many are too many? Especially when you take into consideration that you reduce your risk of recurrence by 90 percent with a mastectomy. And women, like me, who originally had a lumpectomy, became a frequent flyer at the ambulatory care center because of all the biopsies I had to endure because they "saved" my breast. Do they prefer you have a lumpectomy because they know how many times you will have to be back for suspicious lumps?

I was happy to be able to bring to life what really goes on in our world. From our fears, to our challenges with body image post treatment. I talked about the feedback I have received from my book, Intimacy After Breast Cancer, and the many women who felt empowered to reclaim their lives again after reading it.

I am more than happy to step up for this issue, and I applaud the ASPS and the many legislators who are on board already.
Posted by Gina Maisano at 8:09 AM