Please Don't Take Away My Healthcare 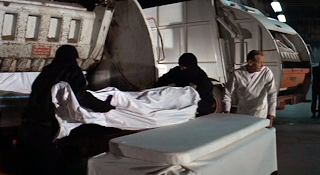 Today it happened. I have been dreading this day. I was informed by my health insurance carrier that they will be dropping me as of January 1, 2014. The health insurance company that helped me pay for two bouts with breast cancer including surgeries too numerous to count; two separate rounds of chemotherapy, the first in 2001-2002 and the second in 2007-2008; almost 100 radiation treatments; and the medication that is helping to keep me alive today.

When I called my insurance carrier to ask what I could do to protect myself, I was told they simply do not know. They don't know if I can purchase a back up plan that will cover costly treatments not covered by the government. They don't know what will be available. They don't know how much it will cost me. They just don't know. It is not their fault, they are waiting on word from the federal government to tell them what to do.

I have friends who are on the federal plans of medicare and medicaid and they are already being refused the chemotherapy that will help them survive their disease. My health insurance carrier told me that I may be refused treatments based on an algorithm that decides on who should live and who should die. We are facing elderly people who will be denied treatments if their life expectancy is low. If you are a person with advanced disease, you will be denied treatment so you die sooner because your life expectancy does not warrant approval for life-extending medicine.

This information came from an insurance carrier not some pundit.

The Affordable Health Care Act: What is affordable? If you are forced to take the government plan, at what price? At what cost? Who lives and who dies? Who gets treatment and who is denied? If you try to pay for chemotherapy yourself, how do you find the money? Chemotherapy runs in the hundreds of thousands of dollars. And then there are the doctors. They cannot afford to stay in practice nor are they allowed to prescribe medicine to patients who don't fit into the algorithm. With so much cutting back, what happens to the research that can be done to help us fight disease?

The worst part is, no one knows what will happen. Not the insurance carriers and not the legislators. I could not be told how much it would cost me to supplement the Affordable Health Care plan to make sure I can get the treatment I need. They weren't even sure I would be permitted to. There was some mention of being able to shop for insurance, but I can do that now and I found a plan that has cost me quite a bit of money, but has also saved my life.

This is not a political post. This is a panicked one. One written by someone who has had cancer twice and is alive because of surgeries, nine different chemotherapy drugs, multiple radiation treatments and the grace of God. Being denied my healthcare coverage, coverage I paid dearly for, leaves me only with God's grace to protect me.

My faith is strong. It got me through my illnesses and helped me stay brave when I was watching the chemotherapy drugs run from the IV into my bloodstream. I knew it was toxic, but I knew it was the only chance I had to fight my cancers.  Now a governing body that thinks it is bigger than God has decided to take it away from me.

If you work for a company then you should be grateful because you are somewhat protected. If you are a single payer, then you will be getting the letter I did and you will understand this post. If you are a physician, I don't know how you will do your life's work the way you had set out to do it. How will you be able to help your patients when you are told it is against the law to do so?

Before you can become a doctor you must take the oath:
"First, do no harm."
Politicians don't take that oath. Never has that been more evident than now.
Posted by Gina Maisano at 6:18 PM No comments: