ALL MONEY RAISED AT OUR GALA GOES TO THE BEFORE FORTY INITIATIVE: Here's Why

BEFORE FORTY: NOW MORE THAN EVER.

Young women are presenting with breast cancer that has already advanced. Would that be happening if they were screened younger and able to treat their cancers earlier? At The No Surrender Breast Cancer Foundation, we believe that young women need to be screened before the age of forty utilizing all techniques, including ultrasound and breast MRI. Tumors must be found small, before they have spread. While there are no guarantees that finding a tumor early will prevent it from spreading, the greatest chance a woman has to fight it from spreading is treating it while it is still localized.

Our Before Forty Initiative is educating young women to become aware of their risks and to be armed with the knowledge they need to demand early screening. We will continue to fight until the "Guidelines" that prevent young women from obtaining life saving screening are changed.

The incidence of breast cancer presenting with distant involvement has risen significantly over the past 30 years among young women, and this trend shows no signs of abating, according to a report in the Feb. 27 issue of JAMA.

In contrast, the rate of locoregional breast cancer has not increased in this age group, and the incidence of all stages of the disease have not shown any increasing trends among older women, said Dr. Rebecca H. Johnson of Seattle Children’s Hospital and the University of Washington, Seattle, and her associates.

This trajectory “predicts that an increasing number of young women in the United States will present with metastatic breast cancer in an age group that already has the worst prognosis, no recommended routine screening practice, the least health insurance, and the most potential years of life” lost, the investigators noted.

This trend was evident in women of all races/ethnicities, in women residing in both urban and nonurban regions, and in women with estrogen receptor–positive and estrogen receptor–negative tumors. “Non-Hispanic white and African-American individuals appear to have been more affected by the increase, as have women with the ER-positive subtype of the disease,” they said.
“The absolute increase of 1.37/100,000 over 34 years is relatively small, but the trend shows no evidence of abatement and may indicate increasing epidemiologic and clinical significance,” the researchers said.

These findings must be corroborated in other studies. If they are confirmed, they will be particularly concerning “because young age itself is an independent adverse prognostic factor for breast cancer.

“The most recent national 5-year survival data for distant disease for 25- to 39-year-old women is only 31% ... compared with a 5-year survival of 87% for women with locoregional breast cancer,” they added.

Dr. Johnson reported having served on a board for Critical Mass Young Adult Cancer Alliance and having served as a speaker at the Leukemia and Lymphoma Society AYA Survivorship Conference. One of her colleagues reported being a consultant and speaker for Sigma-Tau Pharmaceuticals; another researcher’s salary was funded by the Seattle Children’s Guild Association Teen Cancer Grant. No other disclosures were reported.
Posted by Gina Maisano at 8:34 PM No comments:

Your Heart: After Cancer

We have warned about this in the past, but a new study confirms earlier ones.

Bottom line: Keep an eye on your cholesterol, it elevates after chemotherapy; exercise at least 5 times a week; keep your weight down. Make sure you have your cholesterol checked when you go to your oncologist (since you probably see that doc more than any other one)

Radiotherapy for breast cancer often involves some incidental exposure of the heart to ionizing radiation. The effect of this exposure on the subsequent risk of ischemic heart disease is uncertain.

We conducted a population-based case–control study of major coronary events (i.e., myocardial infarction, coronary revascularization, or death from ischemic heart disease) in 2168 women who underwent radiotherapy for breast cancer between 1958 and 2001 in Sweden and Denmark; the study included 963 women with major coronary events and 1205 controls. Individual patient information was obtained from hospital records. For each woman, the mean radiation doses to the whole heart and to the left anterior descending coronary artery were estimated from her radiotherapy chart.

Exposure of the heart to ionizing radiation during radiotherapy for breast cancer increases the subsequent rate of ischemic heart disease. The increase is proportional to the mean dose to the heart, begins within a few years after exposure, and continues for at least 20 years. Women with preexisting cardiac risk factors have greater absolute increases in risk from radiotherapy than other women. (Funded by Cancer Research UK and others.)

Supported by funding to the Oxford University Clinical Trial Service Unit from Cancer Research UK, the British Heart Foundation, and the U.K. Medical Research Council and by grants from the European Commission (FI6R-012796), the U.K. Department of Health (RRX 108), the British Heart Foundation Centre for Research Excellence (CRE RE/08/004, to Dr. Cutter), and the Oxford National Institute for Health Research Biomedical Research Centre (to Dr. Rahimi).

Disclosure forms provided by the authors are available with the full text of this article at NEJM.org.
No potential conflict of interest relevant to this article was reported.
We thank research nurses Ann-Sofie Andersson and Milka Krestelica in Sweden and Liselotte Jeppesen in Denmark for data abstraction; and Ulrich H. Koehler in Denmark for data management. 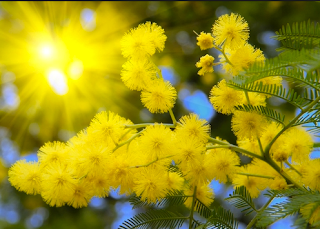 The No Surrender Breast Cancer Foundation is proud to be a member of International Women's Day, as we salute survivors across the world with our
There & Back: A Celebration of Survival Gala.
Photo's to come.
We Salute YOU!
Posted by Gina Maisano at 7:16 AM No comments: