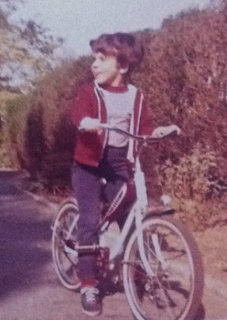 Back in 2001, September of 2001, when the world had gone mad, I was diagnosed with cancer. I was told to purchase certain books to help me through it. The Breast Book was one. That book did more harm to my psyche than I think the diagnosis did. Why? Because no one knew much about triple negative breast cancer back then other than the oft repeated mantra, "Women with triple negative breast cancer have a poor survival rate and die sooner." I was still in my thirties and was essentially being told there was really nothing I could do to fight my cancer and it seemed to me that the entire cancer establishment was resigned to a defeatist attitude when it came to young women with this particular type of breast cancer.

I put the breast books down. They were outdated and seemed to be talking about people other than me. I did not fit in to their breast cancer patient mold. I refused to be categorized as one of the ones who is on the negative side of the disease. I wanted someone to tell me that no matter how bad your diagnosis, someone has to be on the positive side of the stats, and why shouldn't it be me?

That's when I found the book that made all the difference. It was called,  "It's Not About The Bike" by Lance Armstrong.

I haven't read it since then, I didn't need to. I got its message and I have lived it. He wrote about how he was diagnosed with a cancer that had already spread to his lungs. He wrote about his grueling treatments. He wrote about how he tried to get his life back by riding his bike. When I sat in the chemo room feeling terrible, I "knew" someone who also went through harsh chemo and made it through, stronger, braver and ready to give back.

For the words in that book,  for the strength it gave me, for the courage I found, and, for all the women I have had the fortune of helping, I am grateful to Lance Armstrong. And I always will be.

Did he admit to doping and bullying and all the other charges against him? I guess so. But I don't care. The Lance Armstrong who helped me was not about the bike. And that is the way I will always view him.
Posted by Gina Maisano at 10:16 AM

I think it's an important point you make. No person is all good or all bad--it's the shades of gray that define us (NO, not THOSE shades of gray!).

What's crazy about Armstrong is that his life reflects such polar opposites. He lied and cheated and lied about who he was in his career. And that is deeply ugly. Yet his cancer experience, eloquently told, helped you fight, and what better legacy is that?

Wonderful post, Gina! I never read his book, but I somehow always felt grateful to him for being so inspiring to all of us who fought our way through the terror and the pain only to find that light at the end of the tunnel. Since he had made it to the light, we were encouraged. That's all I need to know.