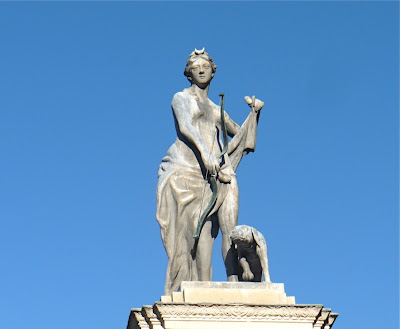 I was laying in bed. I had just woken up and was thinking about if I would hear the news today. It had been almost a week since I had 17 core biopsies taken from my areola of the "good" breast. That is the breast that did not have cancer in it from the first time. There were three spots that needed testing. Not only could I feel them, but they had grown large enough that I could see them. There had been some delay in getting the biopsies because since my first cancer diagnosis in 2001, both  my breast surgeon and oncologist had stopped taking my insurance.

I knew something was there at Christmas when I felt the lumps while taking a bath. It took over a month to finally get someone to check me out. The phone rang and the radiologist simply said, "All three." Meaning all three locations were cancerous. She did not know what type of breast cancer yet. Of course, being a seasoned pro, I knew that there were different types of breast cancer. Some good, some not-so-good, but all bad in the long run.

Now the race was on. I had to find a new team. I had to get into action. But, instead, I just laid there, under my puffy, cozy down comforter, and listened to the peace in the house. I watched the morning sun play on the walls of my bedroom. I stayed as still and quiet as I could. I knew that the noise would begin soon enough. And it was going to get loud for a long time. Breast cancer, again. I never thought I would survive hearing those words, but my heart was still beating, I was still alive. The question in the silence of my sun filled room was, for how long?

I found a new breast surgeon who recommended three reconstructive surgeons. A lumpectomy was out of the question, I had to have a mastectomy and since the left breast had already had cancer in it, bilateral was the only way to go. I had two appointments in one day. The first was at 8 in the morning and the second was at 8 that evening. I never went to the second appointment. The doctor I met that early morning was the first person to give me encouragement and he made me feel like I really would make it through all of this, beautifully. His calm demeanor, his sheer confidence in his ability to give back what the breast surgeon was going to take away, made me know that I wanted no other doctor. He lived up to his promise and is still encouraging me and lifting me up when I need it the most today. He is a person I treasure.

My new oncologist was a blessing. He uttered the words I was to live by: "We are shooting for nothing less than a cure." I was up for the fight. I wanted a doctor who was willing to go the distance with me. Funny, thinking back to 2001-2002 when I was in chemo the first time, I swore I would never, ever do it again. It was that bad. When cancer comes knocking a second time, for me, it was a battle cry. I wanted everything my doctor had. I wanted those cancer cells dead. I refused to let cancer take another second of my life. And I would be damned if it was going to try to kill me. Take my breasts- please. I have better ones now. Take my hair- it grew back and is halfway down my back now. Take whatever collateral casualties I have to give in order to stay alive. I was in it for the long run and did whatever was necessary.

An article came out in the New York Times today about how lymph node dissection is  no longer necessary. Bullshit. I had four positive lymph nodes and extranodal extension. Which means the cancer was swimming around the lymph nodes as well as inside them. Without that knowledge, my doctor would not have given me the aggressive treatment I received, nor would I have been given radiation. In short, I wouldn't be here right now. I have lymphedema from my first lymph node dissection in 2001. I have a little on the right side, too. I learned that swimming reduces it more than any complex lymphatic massage therapy ever did. So I belong to the the YMCA and swim. Problem solved. Yes: A full axillary dissection hurts like hell. But it goes away. In fact, the pain you get from surgeries eventually goes away. To refuse a procedure because it will hurt is insane if that procedure may save your life.

Four years ago I started Round Two. Nine and a half years ago Round One began my E-ticket to Cancerland. How do I feel? I am grateful I am alive. I thank God for being able to fight this disease. I have had my heart shattered over the friends I have lost to it. I made a promise a long time ago, and I  keep it every day: As long as I am here, I am going to help every woman through her cancer by educating her, empowering her and getting her the help she needs if she is not getting proper care. I will do everything in my power to save the lives of young women who don't even know they have cancer by teaching them about early detection - before the age of forty. I am here for you if you have just heard the words "You have breast cancer." I have a website to take you through every minute detail of what you are about to endure. I have a live support forum full of the most loving, caring women who have all walked in your shoes. And when you are done.... when all your treatments are over and the rest of your life begins, I have a book to get you on the road to living- really living.

Yeah, I know, people tell me all the time, "Oh my, you have been through so much! How are you functioning?" It's easy. I live by two words. No Surrender.
Posted by Gina Maisano at 12:47 PM No comments: