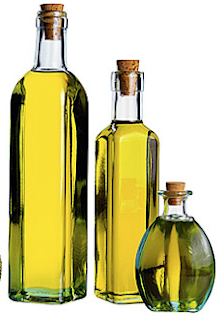 As a TNBC survivor and an ER+ survivor, I am very careful with my diet. I started on a low fat diet in 2002 to fight off recurrence. I kept my fat intake to under thirty grams a day, and the fat I consumed was extra virgin olive oil. I have been able to lose weight and keep it off and it helps fight off future cancers.

Emerging studies show that we are out of balance with too much Omega 6 verses the healthy Omega 3s. Extra virgin olive oil helps us regain that balance. Stay away from other fats and processed foods and you will not only feel the difference, but you will see it, too.

Researchers from The Miriam Hospital have found that olive oil may offer another potential health benefit - it produces greater weight loss in breast cancer survivors compared to a more traditional low-fat diet.

The findings may be of significance to women with breast cancer, since excess weight at the time of diagnosis, or even moderate weight gain during cancer treatment, is associated with an increased risk of cancer recurrence, particularly in post-menopausal women.

In this pilot study, women followed two 1,500-calorie diets - a conventional low-fat diet recommended by the National Cancer Institute (NCI) and a plant-based olive oil diet similar to the Mediterranean diet. After eight weeks on each diet, participants selected one diet to follow for an additional six months of continued weight loss or weight management.

According to the findings, published in the June issue of the Journal of Women's Health, 80 percent of women who started with the plant-based olive oil diet lost more than 5 percent of their baseline weight, compared to 31 percent who started with the NCI diet. But researchers were most surprised to find that after trying both diets, most women chose to stick with the less conventional, higher fat olive oil diet, saying they found the food more appetizing, accessible and affordable.

Mary Flynn, PhD, RD, LDN, the study's lead author and a research dietitian at The Miriam Hospital, says many breast cancer patients don't realize there is a link between weight and cancer recurrence.

"That's why it was important for us to compare these two diets and determine which one the women not only enjoyed following, but also produced the best weight loss, because that's the diet they're more likely to stick with," says Flynn. "In this case, it was a diet enriched with extra virgin olive oil, which is a source of healthy fats, and includes foods associated with improving one's health, such as vegetables, beans and other plant products."

Extra virgin olive oil has been associated with decreasing breast cancer risk in Greece, Spain and Italy, where it is consumed in great quantities. Many studies have also demonstrated the cancer protective properties of carotenoids, a phytonutrient found in the red, orange and yellow pigments of fruits and vegetables. The NCI lists obesity as a risk factor for disease recurrence but does not recommend a specific diet for weight loss, although it has consistently recommended lowering dietary fat to prevent breast cancer.

Flynn developed the olive oil diet used in the study, which included at least three tablespoons of olive oil per day, with nuts at breakfast. Women also ate three servings of fruit and unlimited vegetables daily, and whole grains were also emphasized. Women could eat limited amounts of poultry and fish per week but red meat and polysaturated fats, like vegetable oils, were prohibited.

Because the NCI-recommended low-fat diet is not as specific, women had a less restrictive meal plan. Their diet consisted of at least five servings of fruits and vegetables, approximately 25 to 50 grams of fat (including canola oil) and six to seven ounces of lean meat (not red meat) daily.

The study included 44 overweight women (BMI of at least 25) diagnosed with invasive breast cancer after the age of 50 who were within four years after completing treatment. The order of the diets was randomly assigned, and participants followed each diet for eight weeks. Women were provided with meal plans and recipes for each diet and were asked to keep three-day food diaries at weeks four and eight of each diet and during months three and six of the follow-up period. Weight was measured and blood samples were taken at the end of each study period.

Overall, 28 of the 44 women completed both diets and 19 of the 22 eligible for the six months of follow-up chose to follow the plant-based olive oil diet. All 19 women either maintained their weight loss or lost additional weight during this time.

"I found this surprising, particularly since the low-fat diet is more commercial and more recognizable to women, so I thought the preference would be more evenly split," says Flynn, who is also an assistant professor of medicine at The Warren Alpert Medical School of Brown University. "But the women who enjoyed the olive oil diet said not only were they losing weight but they weren't as hungry. That's because they were advised to include fat in the form of olive oil or nuts at each meal, so they weren't as likely to snack between meals, which can cause weight gain."

As researchers expected, the plant-based olive oil diet also resulted in lower triglycerides (a type of fat found in the blood) and higher high-density lipoprotein cholesterol (HDL, or "good" cholesterol). High triglycerides and low levels of HDL have both been linked with increased cancer risk.

The study was supported by a grant from The Susan G. Komen for the Cure Foundation. Steven E. Reinert, MS, from Lifespan Information Services, was co-author on the study.

Copyright: Medical News Today
Posted by Gina Maisano at 8:11 AM