Tangled Up In Pink 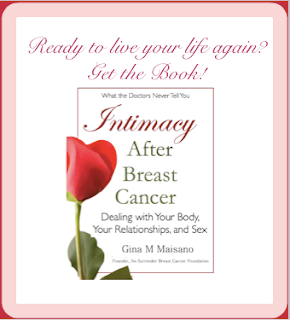 I have a fabulous new book out, if you haven't heard! It is about reclaiming your life after they ship you off into the "new normal" when breast cancer treatments are over...

In it you will find all you need to know about post-treatment  skin care, your new hair, addressing your post surgical body image,  how to build self confidence and detailed tips on products to use,  nips and tucks as well as reconstructive surgery on your breasts. And that is just the first section.

The second section tackles your relationships, your husband, your dating life, and your sex life. Cancer survivors know that is one thing our doctors never talk about - well I talk about it! Everything you need to know to get your mojo back is in there.

Apparently, you mention anything that has to do with breast cancer and editors of magazines want to cover it in October. October, also know as Pink Hell Month. October, that orgiastic pink frenzy of "awareness" that blights out every other month of the year...

I wrote this book for us. I have been to Cancerland twice.  I want you to find your inner goddess, too.

So, here, in the beautiful month of April, I am telling you about my beautiful book. Don't wait until October. Look and feel your best this summer! Tell your friends, now... not in October.

xo
g
Posted by Gina Maisano at 1:27 PM No comments:

Tremendous News! Parp Available for ALL

Posted by Gina Maisano at 9:35 AM No comments:

Jennifer is Dancing with Ned....

Many of you here know that Jennifer Griffin has been fighting one hell of a battle against Triple Negative Breast Cancer for the past several months. We hear a lot of bad things about TNBC. As an eight and a half year TNBC survivor, I have tried to be a positive influence to the newly diagnosed. The No Surrender Breast Cancer Foundation stresses that "hope happens here" because, yes, you can be diagnosed, get chemo, surgery, radiation and win the battle! But you all are sick of hearing it from me, right?

So, I will let you in on some news I heard today:

Jennifer is dancing with Ned.
(For those of you who don't know "who" Ned is, he is who every cancer survivor wants as a dance partner for the rest of her life... No Evidence of Disease... Ned.)

I am so happy to have read Jennifer's blog today and her path report stated "Complete Pathological Response." It doesn't get any better than that.

Jennifer did all the right things in treatment- she ate right, exercised and it paid off.

If you are newly diagnosed and heard you are also Triple Negative, this survivor would like to tell you about another survivor who is now dancing with Ned.

BELIEVE.
HAVE HOPE.
and above all,
NO SURRENDER!!!!

Posted by Gina Maisano at 5:34 PM No comments: 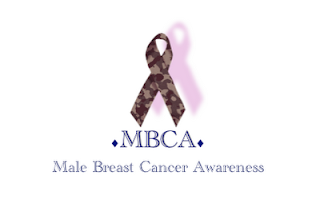 A man whose parents both had breast cancer and who developed the same worrisome symptoms as his dad was denied a mammogram at a local health clinic - because he’s a man, according to ABC News.com.

Scott Cunningham a 45-year-old Marion, NC, resident, delayed going to the doctor for months because he had no health insurance after getting laid off from his job. When his symptoms worsened, he called the Rutherford-Polk-McDowell Health District’s National Breast and Cervical Center Early Detection Program, which is funded by the Center for Disease Control and Prevention. It serves women between 40 and 60, reports ABC News.com.

The program, which offers breast and cervical cancer screening to low-income, uninsured women, turned him down.

“I didn’t know what to do at first,” Cunningham told ABC. “I was stunned and confused. Breast cancer used to be just a woman’s cancer, but now it’s well known men are susceptible.”

Breast cancer, 100 times less common in men than women, according to the CDC, tends to be more deadly in men. Some 440 of the 2,000 men who came down with breast cancer in the US last year will die from the disease. Of the 240,000 women who get breast cancer this year, about 40,000 will die.  Breast cancer can occur at any age, though it’s more common as one grows older . Early diagnosis is key in men as well as women.

Men tend to delay seeing a doctor, so many male breast cancers aren’t diagnosed until they are well advanced.

Symptoms can include changes in the skin or nipple or a thickening or painless lump in the breast tissue.

Among the high profile men who’ve had breast cancer, according to ABCNews.com, are US Sen. Edward Brooke of Massachussets; Peter Criss, a drummer in the 1970s Band Kiss and actor Richard Roundtree, who starred in the 1971 movie “Shaft.”

In Cunningham’s case, a clinical nursing supervisor at the Rutherford-Park Healthcare Fund said federal funds for breast screening are just for  women, but that efforts were underway to help Cunningham get a referral for health care.

The divorced dad of an 11-year-old son, who’s living with his parents now that he’s lost his job, said, “I try not to get it get me down.”

One of the risks of getting breast cancer is having a family history, according to the CDC. Male breast cancer has a strong genetic link, Dr. David Axelrod director of the breast program at NYU’s Clinical Caner Center told ABC News.

“The telling factor  [in Cunningham’s case]  is that his father had breast cancer, and that is the number one signal for us to be suspicious,” Axelrod said. “I suspect the dad had a genetic predisposition and was carrying a [gene] mutation that increases risk for male cancer.”

Axelrod, though she’s an advocate for raising public awareness of male breast cancer, isn’t critical of the CDC’s policy of screening women only.

“It’s designed for women, because only 1% of all breast cancers occur in men,” she told ABCNews. “They have to address what is common and it’s not common for men. They could use the same equipment, but there are no screening guidelines for men.”
Posted by Gina Maisano at 8:52 AM No comments: